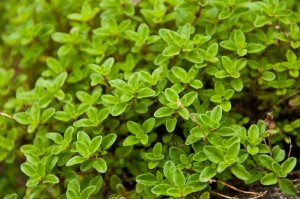 Origanum is a genus of more than 30 species from the Mediterranean and the Middle East. Confusingly, the names Marjoram and Oregano are often used interchangeably. Wild Oregano (Origanum Vulgare) is more often used in herbal medicine.

The Greeks called these fragrant leaved herbs, “The brightness of the mountain.” The strong, warm, aromatic taste permeates cooking of the Aegean. Sweet Marjoram is damaged by heat and so is used in uncooked or lightly cooked dishes. Both Oregano and Marjoram go well with lemon, garlic and wine based sauces, and is often in mixed herb combinations.  They also go well with aubergine, peppers, and tomato based dishes.

An infusion of the herb is useful for feverish conditions, and also for coughs, colds, and flu due to its ability to improve the removal of phlegm from the lungs and relax the bronchial muscles. It is also good for gut disturbances, relieving flatulence and improving digestion. Its strong antiseptic effect controls intestinal infections. Oil of Oregano, possesses potent antimicrobial and antioxidant properties. Sweet Marjoram is primarily used as an essential oil which is applied topically to ease headaches, sore muscles, and rheumatic pain. As an external remedy it can relieve catarrhal conditions affecting the lungs, digestive colic, flatulence and period pains. It makes an excellent tonic when combined with chamomile. Taken as a tea it induces sweating. It is excellent for pain and tinnitus in the ears. A few drops of essential oil mixed with warm olive oil will soothe and calm. A tonic containing oregano is given to cows after calving to calm them. An infusion of these herbs is a sure cure for sea sickness.  Do not use if pregnant or breast feeding.

The Greeks believed that Oregano was created by Aphrodite herself and women used it as a perfume. Early herbalists prescribed Oregano to those who “are given to overmuch sighing.” In Germany bunches of the wild herb was hung over the door to protect against any spells that might have been cast by passing witches! The state of Oregon was named for the profusion of Oregano that grew wild there. In Victorian times it symbolized happiness and a light heart.

Marjoram is bound to Mercury and Air.  It is one of the love, joy and happiness herbs, and through history has been used in wedding ceremonies. As such, it also has an association with the Goddess Venus (Aphrodite). Legend has it that if you anoint yourself with Marjoram before bed, you will dream of your future spouse. According to Greek myth, a man named Amarakos in service to the King, broke a bottle of precious perfume. He fell down into a swoon and the Gods changed him into Marjoram. Put Marjoram around every room of your house for protection from negativity and evil intent.  Mix it with violets when doing this to protect the family from colds and flu. Make a Tea and drink for everything from love and happiness, money, healing and health to peace, protection and sleep, joy, wishes, and psychic enhancement.  Use it in a bath by placing a mesh bag under the tap water for love and peace.  Burn it over a burner for help in accepting life changes. Carry it in a sachet to protect against evil, and add to food to share with your object of affection to strengthen love. Having it in your home is sure to attract a husband and repel a snake at the same time. (This assures a woman that she won’t get a snake for a husband!) It aids psychic development. It is also sacred to Shiva and Vishnu.