The physiokey is a transcutaneous electro stimulator with an individual dosing function. It is intended for delivering non-invasive therapy to the body’s physiological systems via skin areas, in order to provide pain relief and functional restoration, as well as ‘Key-phoresis’, a form of iontophoresis.

The physiokey is a non-invasive, electrotherapeutic, hand-held practitioner-only medical device that can be used to alleviate acute and chronic pain and to facilitate functional restoration and improvement.

Physiokey can provide pain relief for:

What are the contraindications for use of the Physiokey?

How does the Physiokey relieve pain naturally?

Health relies on the continuous exchange of information within the body. Each and every function of the body is interrelated and works in harmony with other functions, that is until stress, injury or chronic disease disrupts that communication.

The physiokey communicates with all functions of the body through direct contact on the skin, tuning into the body’s inner communication, and understanding the body’s needs from the signals being sent back and forth. The physiokey responds to these signals accordingly with gentle electrical impulses that communicate with the nervous system to stimulate the body’s own pain relief and healing processes, so your body can operate with maximum efficiency once again.

The physiokey uses feedback to accomplish this.

The physiokey sends out a series of electrical signals through the skin and measures the response. Each signal is only sent out when a change, in response to the previous signal, is recorded in the electrical properties of the skin. Visible responses include reddening of the skin, numbness, stickiness (the device will have the feeling of being magnetically dragged), a change in the numerical readout and an increase in the electronic clattering of the device. The C-fibres, which compromise 85% of all nerves in the body, react most readily to the electro-stimulation and are responsible for the production of regulatory peptides.

The physiokey acts as a catalyst to help the body produce regulatory peptides that in turn re-establish the body’s natural physiological state and are responsible for pain relief and the healing process. As these regulatory peptides last up to several hours, pain relief and the healing process usually will continue long after treatment with the physiokey is over.

How does the Phsiokey compare to the TENS Machine?

The physiokey is a quantum leap in technology over TENS Therapy.

In conventional TENS therapy, for example, the pain subsides usually only while the TENS unit is activated. With sanakey (a home device) or Physiokey (a professional device) therapy, pain relief extends beyond the actual treatment, often weeks beyond. That’s because with the use of TENS devices, the body adapts itself to the electrical signal and eventually just ignores it. The net result is that the pain returns.

This is one of the major distinguishing factors when using the physiokey. The physiokey sends out a signal and then waits for it to return from the body. The device then ‘reads’ the returning signal and adjusts its own subsequent signal. Because of this feedback mechanism, each new signal differs from the previous one, thus overcoming the adaptivity of the body to a single, continuous electrical signal as in TENS.

The physiokey also influences local blood flow, especially in regulating micro-circulation. That’s important in the treatment of sports injuries, as blood brings the building blocks for repair and removes dead tissue and waste products. But one of the biggest factors in the effectiveness of physiokey is its ability to induce the release of regulative peptides. While the physiokey also induces the body to release natural opium-like painkillers called endorphins (similar to the action of TENS), it is the release of regulative peptides that enables the physiokey to quickly help the body heal injuries of all types.

Physiokey and TENS: a comparison:

Physiokey – dynamic therapy. The device is moved over the skin in order to specifically find optimal treatment areas.

TENS – passive therapy. Treatment is non-specific. Stimulation is used to block the sensation of pain with electrodes adhered to the skin.

Physiokey – specificity of treatment. The unique waveform uses feedback to detect areas on the skin that are neurologically related to areas of injured tissue.

TENS – non-specific treatment. Electrodes are placed on or around the area on the skin that is painful. There is no feedback so no detection of injured tissue.

Physiokey – unique waveform. Pulsed, damped, sinusoidal and skin-impedance sensitive. High amplitude and very short pulse width of the waveform prevents adaptation to the impulse. No two waveforms are the same.

TENS – requires prolonged use for effect.

Does Physiokey combine with other therapies?

Physiokey combines with most known therapies very well. There has never been any reported adverse outcome. So it can be effectively combined with massage, reflexology, Reiki or any other natural healing therapy.

What is the Key-phoresis mode?

The key-phoresis mode is a modified iontophoretic mechanism to facilitate the absorption of external substances such as creams, lotions and gels. Iontophoresis is the introduction of various ions (charged particles) into the skin by the means of electricity. It is a means of delivery that ensures a local dose of the substance in the treatment area while minimising the exposure to the rest of the body. It is a convenient, safe, non-invasive route for delivery of creams, lotions, or gels for optimum local effects. The technique uses an electric current to deliver a medium (cream or gel) through the skin. The ions are driven into the skin via the pores – hair follicles, sweat gland ducts – rather than through the stratum corneum per se (the stratum has a high resistance, thus limited current passes through it – the ducts are lower resistance, will allow greater passage of current, thus the route of preference).

When the key-phoresis mode is activated, the device creates a small electrical current that drives the charged particles of the cream from the delivery electrode into the skin.

What is the Key-phoresis mode used for?

Using the key-phoresis mode at the end of the Physiokey treatment session allows short term administration of analgesic creams and may provide an alternative to hypodermic injection of corticosteroids, as well as avoiding the associated discomfort of needle insertion at an already tender area of tissue. For example low back pain, often a well-localised condition, is appropriate for key-phoresis over the affected painful site, in order to apply the analgesic cream/gel. It can also be used in Facials to allow the creams or gels to be absorbed deeply into the skin whilst massaging and stimulating underlying musculature.

Pam has trained in the Physiokey with Debra Graham of The Pain Relief Centre.

Price for 30 minutes is £25 or combined with another short treatment of your choice to make up an hour which is then priced at £50. Concessions are available for those on benefits or Senior Citizens over 65.

To learn more or to book an appointment please contact us. 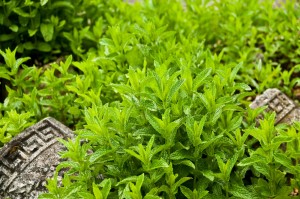 Herbs Are Great Healers
Pam & Rod Burn have published a book on the healing herbs found in Tilford Cottage Garden.
Take a Look

Pricing
Are you interested in a holistic therapy treatment?
Read more on our pricing structure!