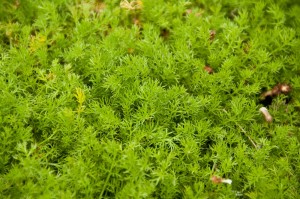 The flowers are excellent in salads, soups, and can be used to colour rice dishes. The young leaves can again be used in salads. The flowers can be dried in a low oven then ground into a powder for colouring purposes. It makes an excellent tea.

Two kinds of chamomile are used in herbal medicine, roman or perennial chamomile (chamaemelum nobile) and the annual german chamomile (matricaria recutita.) The german version is less bitter and so is more palatable. It is used for treating inflammation of the mouth and throat, stomach upset, menstrual cramps, menopausal symptoms, fever, viral infections, cancer, and gastrointestinal ulcers. It is also used to prevent muscle spasms and to start menstrual periods. It can be used in the treatment of nausea, especially when it is due to anxiety and emotional upset. Infuse 2 teaspoons of the dried herb in boiling water and drink over the day.

Chamomile tea is just as soothing and useful today. A cup of chamomile tea can calm nervous tension and relieve stress. It soothes an upset stomach in adults and children, and its mild sweet taste and beneficial qualities make it ever popular. People who are allergic to ragweed should avoid this. It is a Master Healer.

Poor Peter Rabbit ate too much in Mr McGregor’s garden and had to be put to bed and dosed with chamomile tea by his mother. This is an enchanting glimpse into The Tale of Peter Rabbit by famed children’s author Beatrix Potter, but is it also one that she would have known well. Steeped in folklore and legend, chamomile is one of mankind’s oldest and most trusted medicinal herbs. Botanically, this sweet, daisy like, low growing flower is found all over Europe. It is an unassuming plant, which can be grown as a lawn in the Medieval style, but its household and medicinal uses are legion. Its honey sweetness is most often made into a tea, which is calming and soothing, and suitable for adults and children alike. Chamomile has no evil associations. For the Celts who picked the wild chamomile, it was a sacred herb given by the Gods, and to the Egyptians, it was valued enough to be an offering to the Gods. In fact, it was the Egyptians who first recorded the use of chamomile tea, in a papyrus that dates from 1550 BC. It was known to the Romans as well as the Celts and Egyptians, and is still regarded as one of the most basic herbal teas to have in a modern larder.

Chamomile was a strewing herb in the Middle Ages, as well as a popular lawn. The gathered flowers and leaves were strewn on the floors of Medieval dwellings, along with other fragrant herbs such as lavender and rosemary. This was the earliest form of indoor air freshening in Europe, and probably goes back far into the more distant past. Walking on herbs crushes them and allows the fragrant plants to release their aroma into the air.

It was believed to attract wealth. Gamblers washed their hands in chamomile water to increase their luck, and tucked a flower head or two into their money purses. In spite of its demure reputation, chamomile became a vital ingredient in love and money spells. But even here, its only purpose was for good.

Chamomile cannot be used for evil intent, or it will rebound. But it can be used to protect against evil, by growing it around your house. Chamomile promotes a sense of peace, calm, comfort and equilibrium. It can be used as incense or in a herbal bath to enhance beauty and is considered to be a money attractant. It can be used in love potions and to attract fairies to your garden. It can be burned during rite of blessing, prosperity or purification. Chamomile promotes empathy so that you can see what it is to walk in someone else’s shoes. Telepathy is also enhanced.

Chamomile has a deep and powerful calming effect being associated with the nervous system and so is good for meditation. It creates joy through ritual. The heart chakra is opened and the throat and 3rd eye are strengthened. The bladder meridian is strengthened also. It circulates the intestine chi, harmonising digestion, relieving pain and helping to remove toxic accumulations. It connects the emotional and etheric bodies of the aura to the physical. It develops and calms the nervous system and thus helps children ground into their bodies during the first seven years of life.  Leos have an affinity to this herb.